About the River Rouge Historical Museum

The museum is always in need of volunteers. Volunteers can help with tours by walking visitors around the museum and providing them with information relating to the photographs or displays, as well as sharing their personal anecdotes about the people and the events of River Rouge's history. Museum volunteers also assist in sorting and filing records in the museum's reference room. With volunteer efforts, the museum is able to maintain its current hours of operation. 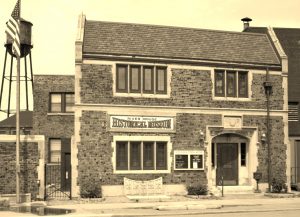 In Case of Emergency: