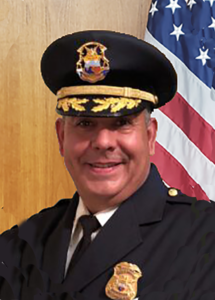 Chief Roberto Cruz began his career with the River Rouge Fire Department as a fire fighter in August of 1993. In Chief Cruz's time with the Fire Department, he has earned his Michigan Paramedic License and has served in the ranks as a Sergeant, Lieutenant and Fire Marshall. Chief Cruz completed the Easter Michigan University's School of Fire Staff and Command in 2009. He has received certifications from the Michigan State Police Fire Investigations courses. He attended the Wayne County Regional Police Academy and became a certified police officer in 2012. Chief Cruz received a Bachelor of Public Safety Studies from Siena Heights University in 2013. He became the Fire Chief of the Fire Department in January of 2015. Chief Cruz is the City's representative on the Downriver Fire Investigation Task Force. He also performs inspections on all of the businesses in the community. He is also responsible for the City of River Rouge's Fire Prevention Program which educates residents on how to prevent and protect against fire hazards.

Mission of the Department

Each public safety officer has in-house 8 hour monthly fire training along with all police training.